American researchers have developed a technique that may become an important tool in fighting AIDS. The technique stops the AIDS virus from attacking its target-cells in the body's defense system. When AIDS virus enters the blood, it searches for blood cells called T4 lymphocytes（淋巴细胞）. The virus connects to the outside of T4 lymphocytes, then forces its way inside. There it directs the cells' genetic（基因的） material to produce copies of the AIDS virus. This is how AIDS spreads.

Researchers think they may be able to stop AIDS from spreading by preventing virus from connecting to T4 cells. When AIDS virus finds a T4 cell, it actually connects to a part of the cell called CD4 protein.

Researchers want to fool the virus by putting copies or clones of the CD4 protein into the blood. This way the AIDS virus will connect to the cloned protein instead of the real ones. Scientists use the genetic engineering methods to make the clones. Normally a CD4 protein remains on the T4 cell at all times. The AIDS virus must go to it.

D. the cloned proteins are made by genetic engineering methods

4. Which of the following statements is NOT true?

During the early ears of last century, wheat was seen as the very lifeblood of Western Canada. When the crops were good, the economy was good; when the crops failed, there was depression. People on city streets watched the yields and the price of wheat with almost as much feeling as if they wee growers. The marketing of wheat became an increasingly favorite topic of conversation.

War set the stage for the most dramatic events in marketing the western crop. For years, farmers mistrusted speculative（投机的）grain selling as carried on through the Winnipeg Grain Exchange. Wheat prices were generally low in the autumn, but farmers could not wait for markets to improve. It had happened too often that they sold their wheat soon after harvest when farm debts were coming due(到期)，only to see prices rising and speculators getting rich. On various occasions, producer groups asked for firmer controls, but governments had no wish to become involved, at least not until wartime wheat prices threatened to run wild.

Anxious to check(控制)  inflation(通货膨胀) and rising living costs, the federal government appointed a board(董事会) of grain supervisors to handle deliveries from the crops of 1917 and 1918. Grain Exchange trading was suspended (暂停) and farmers sold at prices fixed by the board. To handle the crop of 1919, the government appointed the first Canadian Wheat Board, with full authority to buy, sell, and set prices.

A. difficult to produce in large quantities          B. was easily affected by animals and plants

C. essential to the health of the country            D. expensive to gather and transport

A. when the autumn harvest had just been completed

B. because wheat prices were high

C. as soon as the Winnipeg Grain Exchange demanded payment

8. According to the passage, wheat prices became uncontrolled because of conditions caused by _____.

10. According to the passage, a preliminary step in the creation of the Canadian Wheat Board was the appointment of ______.

Questions 10 to 15 are based on the following passage.

Yellowstone Park is visited by two million people every summer and is the oldest, largest and most visited wilderness in the world. All are welcome and are invited on arrival to leave their cars and explore on foot.
Yellowstone, a national park for ever 100 years, lies in the State of Wyoming, to the east of the Rocky Mountain. It is also in the center of the North American continent, midway between the equator and the
North Pole, at a height of over 2300 meters.
The very cold winter in this area closes the park around mid-November and lasts until April or even May. In February the temperature falls as low as 60F degree below freezing, and the animals that spend winter
in the park are best able to live in the conditions such as bison, wapiti, beavers and otters. Fortunately, the area around the hot springs and geysers becomes a centrally heated oasis(绿洲) in the desert of snow, providing
warmth and a certain mount of food for the animals.
Bison used to go around the plains in their millions until they were hunted almost to extinction(灭绝) by white men with guns. In 1900 only two dozen of them remained in the park. However, since they become a
protected animal, their numbers have risen to over two thousand.
The end of winter is the most dangerous time for the animals as food becomes even less and they take great risks(冒险) to find it, such as walking across thin ice. This period is known as “winterkill”, when many of the
weak and the old die, often from being too tired out, thus providing food for scavengers such as the coyote (a kind of wolf). With the arrival of summer, plants reappear and the animals fill themselves with rich food. The young grow strong and the tourists return to enjoy the warmth or 4 months before Yellowstone Park freezes over again.

A. in the center of Wyoming

B. to the west of Yellowstone Park

C. in the north of Yellowstone Park

B. bison were hunted almost to extinction

D. their number rose more than 200

B. places where water comes naturally from the ground

D. animals which always eat as much as possible

Questions 15 to 20 are based on the following passage.

What is your favorite color? Do you like yellow, orange, red? If you do, you must be an optimist(乐观者), a leader, an active person who enjoy life, people and excitement. Do you prefer grays and blues? Then you are probably quiet, shy and you would rather follow than lead. If you love green, you are strong-minded and determined. You wish to succeed and want other people to see you are successful. At least this is what

psychologist(心理学家) tell us and they should know, because they have been seriously studying the meaning of color preference, and the effect that colors have on human beings. They tell us that we don’t choose our favourite color as we grow up. If you happen to love brown, you did so as soon as you opened your eyes, or at least as soon as you could see clearly.
A yellow room makes us feel more cheerful and more comfortable than a dark green one, and a red dress brings warmth and cheer to the saddest winter day. On the other hand, black is depressing(压抑). Light and bright colors make people not only happier but more active. It is a fact that factory workers work better, harder and have fewer accidents when their machines are painted orange rather than black or dark gray.
Remember, then, that if you feel low, you can always brighten your day or your life with a new shirt or a few colorful things. Remember also that you will know your friends and your enemies better when you find out what colors they like and dislike. And don’t forget that anyone can guess a lot about your character when you choose a piece of handkerchief or a lampshade.

16. From this passage we learn that an active person would prefer those colors________.

B you can brighten your life with wonderful colors

C. psychologists have been studying the meaning of color preference

D. one’s color preference has something to do with his character and colors have effects on human beings

Directions; In this part there are forty incomplete sentences. Each sentence is followed by four choices. Choose the one that best completes the sentence and then mark your answer on the Answer sheet. 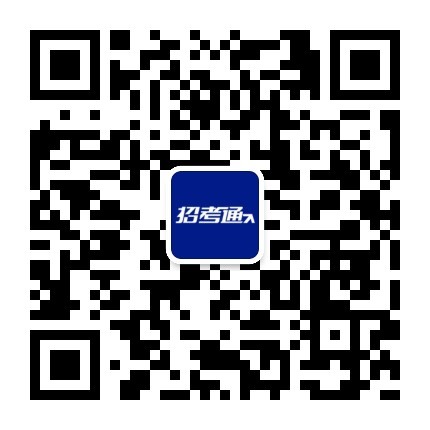